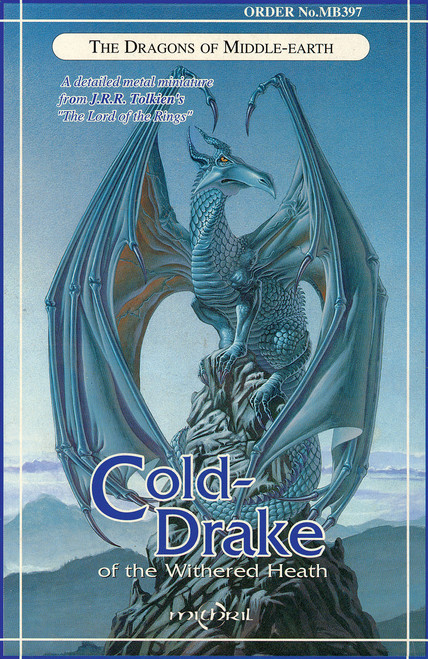 Cold-drakes are amongst the oldest breeds of Dragon in Middle-earth and like all others are extremely scarce by the end of the Third-age. The earliest of the Dragons first apeared in the dim past of the First-age and were a manifestation of Morgoth's hatred for the works of the Valar.

The first of the dragons were flightless and had no fiery breath. Over the ages some evolved differently, developing the ability to breath fire as in the the case of Glaurung, whose descendents included true Fire-dragons who could both breath fire and fly, such as Scatha and Smaug.

Note on assembly: Base comes in multiple parts and may require some filler. Glue or solder is required to assemble.