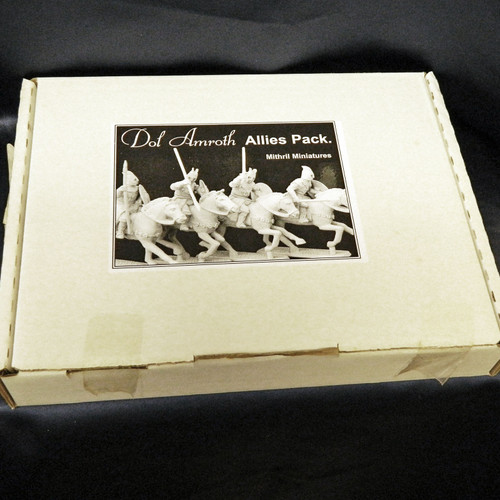 Dol Amroth Allies Pack. With 26 unprimed figures in one box. These are 32mm scale. Assembly required. Glue not included.

Dol Amroth was a feudal principality forming part of the Kingdom of Gondor in the southern reaches of that realm. It was ruled by the Prince of Dol Amroth; the banner of the Silver Swan of Dol Amroth flew alongside that of the White Tree throughout the Third Age.