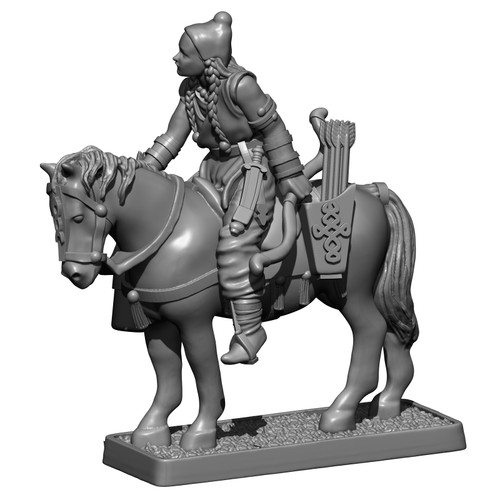 The wainriders were among several groups of eastern steppe peoples who invaded the lands of Gondor during the Third-age. Originating from Rhun and beyond they swept into the western lands. Superb cavalrymen and charioteers their force comprised primarily horse-archers and their attacks were swift and effective. In the time of Narmacil III of Gondor they took all the lands up to the great river itself, only to be stopped at the great battle of Dagorlad in TA 1899.

This is the 156th release in the Gold Status Fellowship club and was December 2018's Winning idea. It was suggested by 'olivier'. Measures 42mm from base to top of wainrider girl's head. There are six parts in this blister. The base is part of the figure.