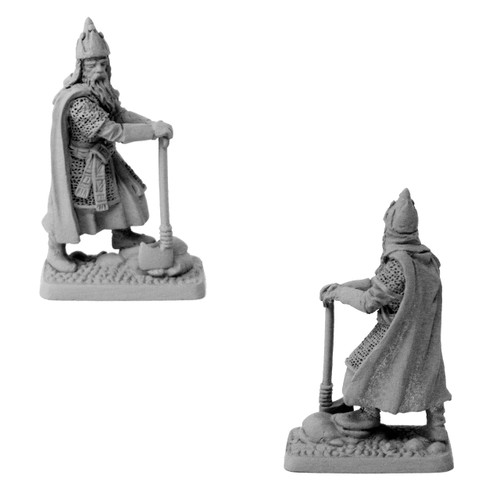 Little is known of Bladorthin, except that he was a king in the region of Middle-earth somewhere between Erebor and the sea of Rhun. He lived before the coming of Smaug (2770TA) and his name suggests that he ruled in the open steppe lands, possibly at the confluence of the Celduin and Carnen rivers, a Northman outpost against the encroachments of the Easterlings.
His dress and armour shows influences from both the Iron Hills Dwarves and the Easterlings themselves.

This is the 114th release in the Gold Status Fellowship club and was February 2015's Winning idea. It was suggested by 'luthien4tinuvielle'. 38mm in height from base to top of helmet.