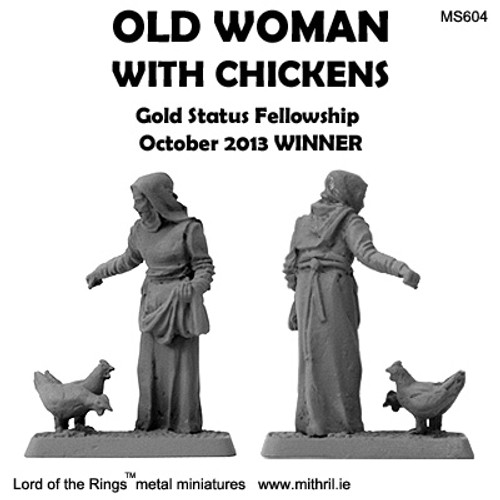 This figure shows a peasant farmer from the Northern part of Middle-earth from one of the many farmsteads and Mannish dwellings that can be found in Eriador. For although the three kingdoms in the north were swept away in wars long ago, along with their great lords and warriors, the people remain, farming their lands as best they can in these troubled times and watched over by the mysterious rangers who do their best to protect them.

This is the 98th release in the Gold Status Fellowship club and was October 2013's Winning idea. It was suggested by 'sicania'. 33mm in height from base to top of head.