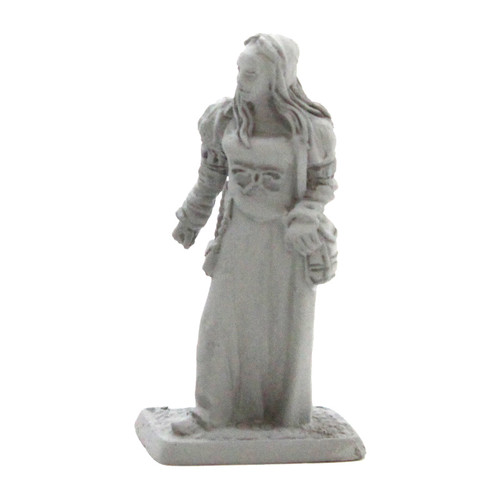 Laketown was a wealthy trading entrepot and goods from Rhun, Dorwinion and Dale passed through it en route to the west. It had no kings but some of its great trading families possessed much wealth.
This figure represents a Laketown woman of this class. Her dress is typical of the Northern folk of this period. Unlike the military costumes of Laketown her attire shows little or no Easterling influence.

This is the 60th release in the Gold Status Fellowship club and was July 2010's Winning idea. It was suggested by 'aelfwine'. Figure measures 32mm in height.