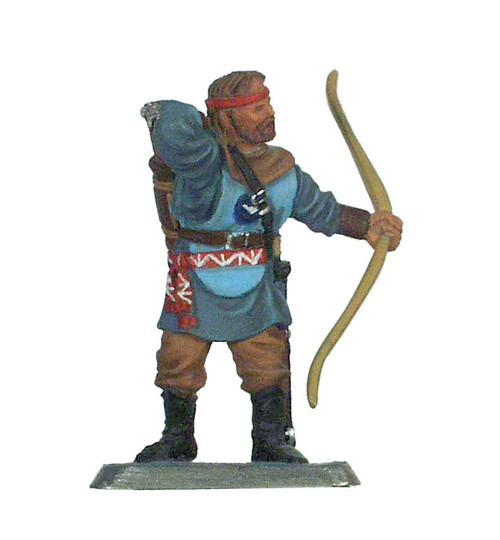 Though a descendant of Girion, lord of Dale, it was as a mere captain of archers the Bard and his men fought in battle against Smaug the worm. He stood his ground amongst the inferno of wooden buildings and losed his arrows, to no avail, until a thrush alighted beside him and told him of the weak spot in the dragon's armour. Hearing this, Bard let fly his very last arrow which found its mark and brought the great worm crashing to his death in the Long Lake. Bard later refounded the town of Dale, becoming its first king.