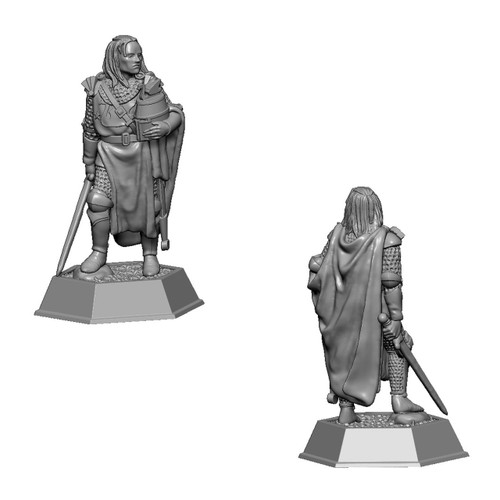 Imrahil was a prince of Dol Amroth, a little principality of Gondor at the northernmost end of Belfalas. His house was second only to that of the ruling stewards and there were marriage ties between the two. Imrahil was a warrior of note and in addition to seven hundred men of Belfalas who he mustered for the aid of Gondor during the War of the Ring, he also commanded the only cavalry force that Gondor possessed until the arrival of the Rohirrim. He acquitted himself well both at the Pelennor field and before the Black gate of Mordor.

There are 100x 32mm scale metal miniatures. They are not antique finished. They require assembly.