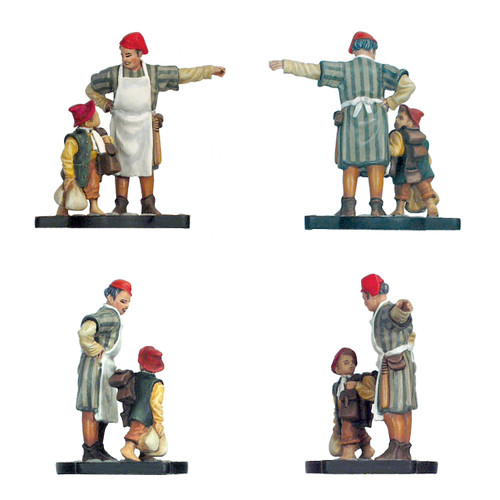 Barliman was the proprietor and owner of the Prancing Pony inn at Bree which served as a refuge for Frodo and the Hobbits during their perilous journey to Rivendell. Barliman was a rotund and genial host, somewhat forgetful and easily flustered but generally good-hearted. Nob was one of the Hobbit-folk of Bree who was employed as a servant and jack-of-all-work at the Prancing Pony.