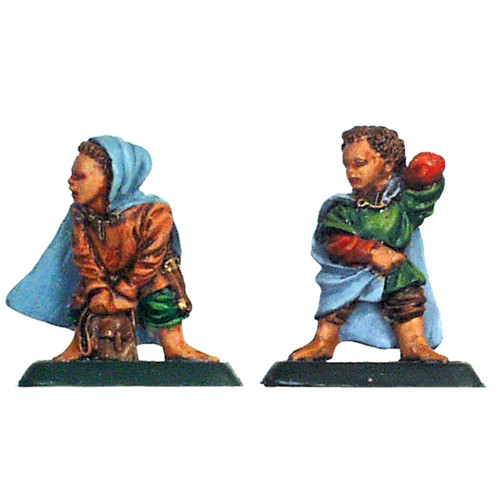 The companions of Frodo and Sam, Merry and Pippin were also part of the Fellowship of the Ring. They journeyed from Imladris, (Rivendell), though the mines of Moria and thence to Lorien and the river Anduin, where at Parth Galen at its western shore the company broke up and took different paths. For shire born Hobbits, a folk who as a rule, lead unadventurous lives, the careers of Merry and Pippin were illustrious indeed.

Merry was to become squire to King Theoden of Rohan, and to ride with the host of the Rohirrim to the battle of the Pellenor fields, where he played no small part in the destruction of the witch king.

Pippin entered the service of Denethor of Gondor, and marched with Aragorn and his army to the north eastern gate of Mordor. He survived the battle of the Morannon gate, standing in the host of the free peoples as they faced the army of Sauron in the climactic battle of the War of the Ring.