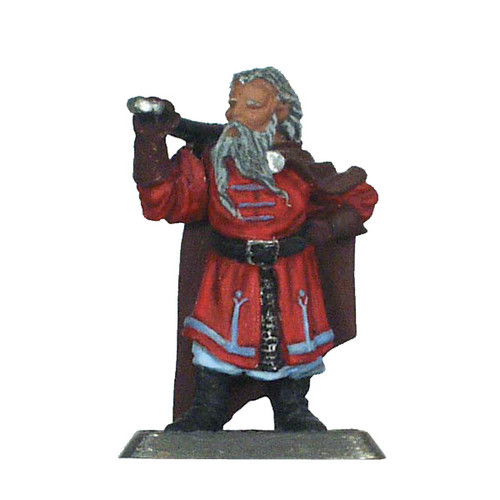 After long years of exile, Thorin the Dwarf made plans to recover his lost kingdom which had been wrested from his grandfather King Thror long ago, by Smaug the worm. To this end he gathered about him a party of Dwarvish adventurers, and together with Bilbo the hobbit, (hired as a burglar) set off upon the dangerous journey across wilderland to slay the dragon and reclaim his realm.

Under the guidance of Gandalf, the party made its way through Eriador, over the Misty mountains and through the perilous forest of Mirkwood. After capture by orcs and Elves, they eventually reached their goal and despite many tribulations, not least among which was the slaying of the dragon and a war with the men of Laketown, the mountain kingdom was at last regained. The victory, though was an expensive one, for it cost Thorin his life. For all his pride and stubbornness, Thorin possessed, nonetheless, a noble character, and acquitted himself bravely as befitted a direct descendent of Durin the deathless.