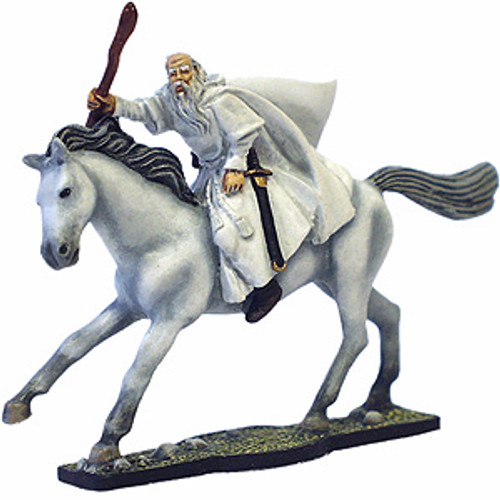 Riding on Shadowfax to aid the beleagured defenders of Helm's Deep, Gandalf came at dawn bringing reinforcements to turn the tide of battle. With him came Erkenbrand and his men, while the daylight revealed a mysterious wood that had appeared, filling the valley. These were the Huorns sent by Treebeard the Ent to destroy the Orcs, after Gandalf had brought news of their need.