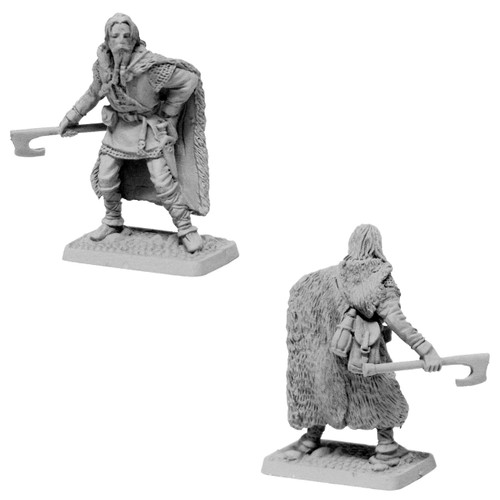 The easternmost of Arnor’s three successor states, Rhudaur was the poorest and most lawless. Hard against the realm of Angmar on its own northern marches, it became a battleground between Arthedain, Cardolan and the forces of the Witch-king. Its original Dunedain rulers were ousted by renegades and the land became a patchwork of factions and petty states, some in alliance with Angmar and some with the Dunedain kingdoms. This strife-torn land attracted many mercenaries and soldiers of fortune, hiring out their services to whoever promised the best rewards.

This is the 112th release in the Gold Status Fellowship club and was January 2015's Winning idea. It was suggested by 'orc'. 33mm in height from base to top of head.