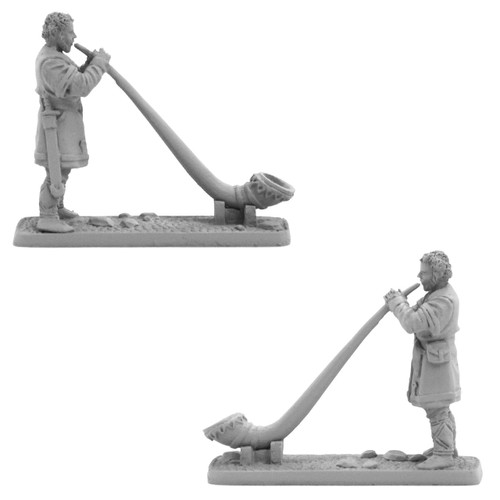 The great horn of Helm was housed in one of the towers comprising the great defensive complex of Helm’s Deep. Named in honour of the great Helm Hammerhand, the horn itself was strategically placed so as to echo through the gorge of Aglarond, so as to hugely amplify its sound. It was used both as a warning signal and as a rallying cry, notably during the Battle of Helm’s Deep to signal Theoden’s mounted attack on the forces of Saruman.

This is the 65th release in the Gold Status Fellowship club and was December 2010's Winning idea. It was suggested by 'ddaines'. Figure measures 35mm in height from bottom of base to the top of the figures head.