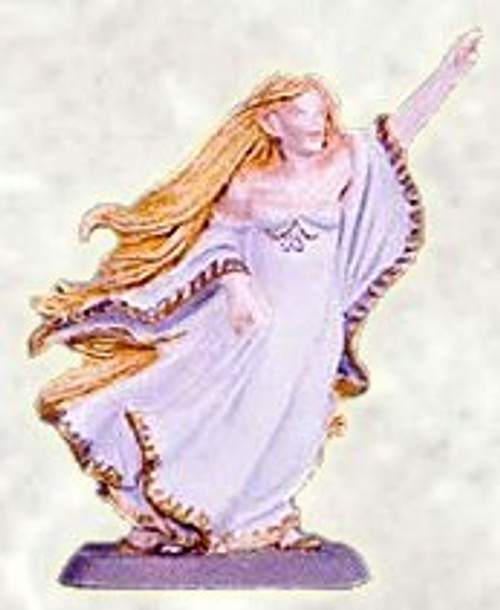 A daughter of Finarfin, Galadriel was a Noldo princess of the highest lineage who lone remained in Middle-earth under the ban of the Valar. As keeper of Nenya, the ring of water - one of the three Elven rings of Celebrimbor she wielded great power and even Sauron feared her.

By the time of the War of the Ring she lived in the Elven city of Caras Galadhon in Lorien forest. Galadriel was offered the One Ring by Frodo during his sojourn in Lorien, and despite the temptation of its power she refused it. For this act alone the Valar were later to lift their ban on the Lady of the Wood.