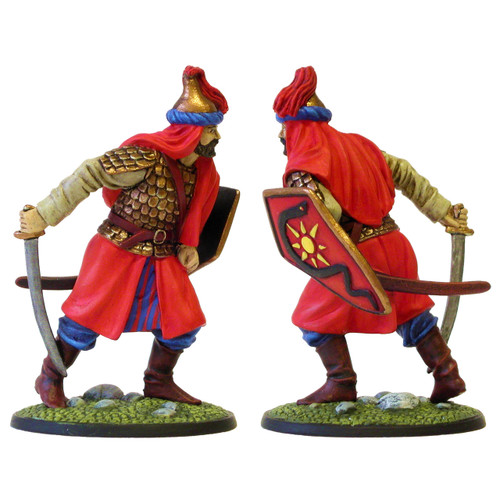 Easterling Chieftain: Mordor used other people and races in his armies as well as his terrible orcs and goblins. Some races were from the East, controlled by Sauron and his Ringwraiths. These people worked and fought to support Mordor. But that does not mean that they were evil men, just different and probably tricked and enslaved into serving the One Enemy with promises of more land and wealth. They were fierce fighters and even when Sauron was destroyed they continued to struggle against Gondor for many years.