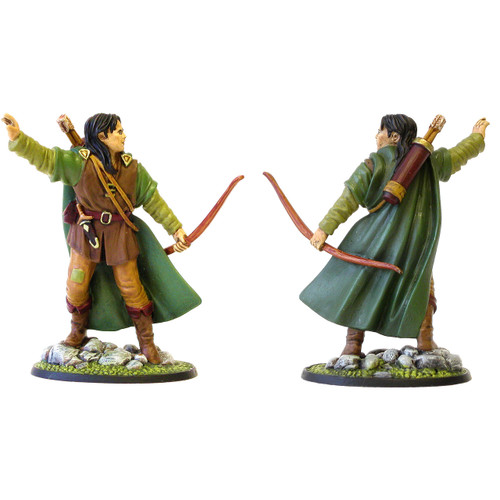 Faramir: The younger son of Denethor, steward of Gondor, Faramir was a contrast to his brave but headstrong brother, Boromir. Whilst showing an equal courage, Faramir was imbued with the wisdom which his brother lacked. He led the rangers of Ithilien during the opening phases of the war of the Ring, and met and aided Frodo and Sam during their journey to the Black land.